How to get the most out of Polaroid film

If you'd like to take nice photos and get the best Polaroid photos, have a look to this guide. Check the list of contents below for specific points, or have a read through to get the whole picture.

Proper storage of Polaroid film will ensure that the film chemistry remains stable and that your photos achieve and retain the best color, contrast and detail for as long as possible.

Polaroid film packs should be stored in their unopened, sealed packaging in a cool and dry environment. We recommend storing our film flat inside a fridge at a constant temperature between 4 – 18°C. Do not freeze your film packs! This will damage the chemistry and your film will not perform properly when used.

Chemical changes occur as our film ages, and this will eventually affect how well your film performs. While proper storage will mitigate the effects of chemical aging, the expiration date marks the point in this process after which it is unlikely that the film will produce images that meet our standards of quality. You will still still get some variety of result from expired film, but there may be artefacts or defects for which we are unable to accept warranty claims.

In order to spread the chemistry between the negative and positive part of the photo, the picture goes through two rollers found inside the film door of your camera. If they are dirty, the chemistry will not be spread evenly. This is the most common source of undesirable film defects.

Therefore, you should regularly check that the rollers of your camera are clean. They are accessible by opening the film door compartment of the camera, and can be easily cleaned with a soft cloth, dampened with clean water. We recommend checking the rollers of your camera before inserting each pack of film, and cleaning them regularly – even when they look clean to the naked eye. 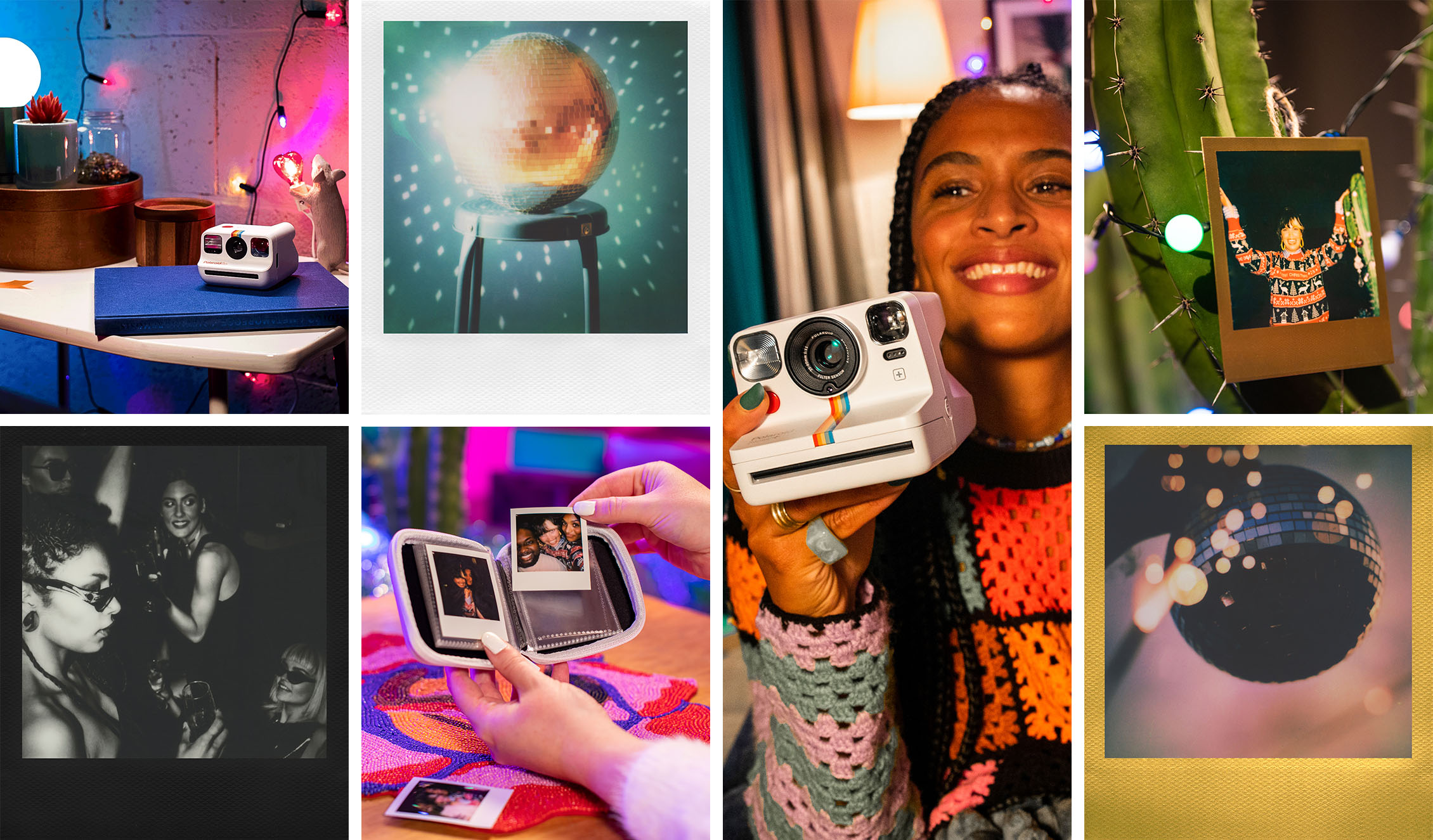 Most Polaroid film types have the correct/original ASA and do not require exposure compensation. This list includes: i-Type, 600, and 8x10 Film.

The exception is, of course, the SX-70. Polaroid's current generation of SX-70 film has a slightly higher ASA/ISO than its traditional Polaroid counterpart. This means that our film is more sensitive to light, or “faster”. We recommend that you adjust the exposure wheel or slide on your Polaroid camera 1/3 towards the darken setting when shooting in bright, well-lit conditions.

If you are shooting using your camera’s built-in flash, make sure that the lighten/darken wheel or slider of your camera is adjusted to the middle position. Keep in mind that the built-in flash on Polaroid cameras is usually only effective in a range of 1 – 2.5 meters.

Polaroid film works best in temperatures between 13 – 28°C. Temperatures significantly outside of that range can affect Polaroid instant film in terms of development time and color.

Below 13°C (55°F), photos tend to emerge over-exposed, lacking color contrast and with a cyan (blue) tint. When shooting at lower temperatures, let your images develop in the inside pocket of your jacket or somewhere else close to your body. We also recommend carrying your camera close to your body in order to keep the film pack and camera at operational temperature.

Above 28°C (82°F), color photos tend to develop with a yellow/red tint. When shooting at higher temperatures, cool your film packs in the fridge before taking them outside. You can minimize the effect of heat by letting the photo process in cooler surroundings, such as an air-conditioned room, an insulated bag, or beneath a cold beverage (be careful to avoid moisture though!).

Polaroid film is sensitive to light even after it has been ejected from the camera. During these sensitive first few seconds, the film shield installed on your camera will extend on top of the photo and protect it from light. This allows enough time for the blue opacification layer to spread over the whole image.

After the first few moments have passed, your photo can be removed from under the film shield. However, it will still be sensitive to light! It should still be kept shielded from strong light sources. For example, try to keep the image:

Shielding the photo during development time (check the back of your film package for specific times) will ensure that you get deeper saturation, sharper details and that your final image is not washed out. 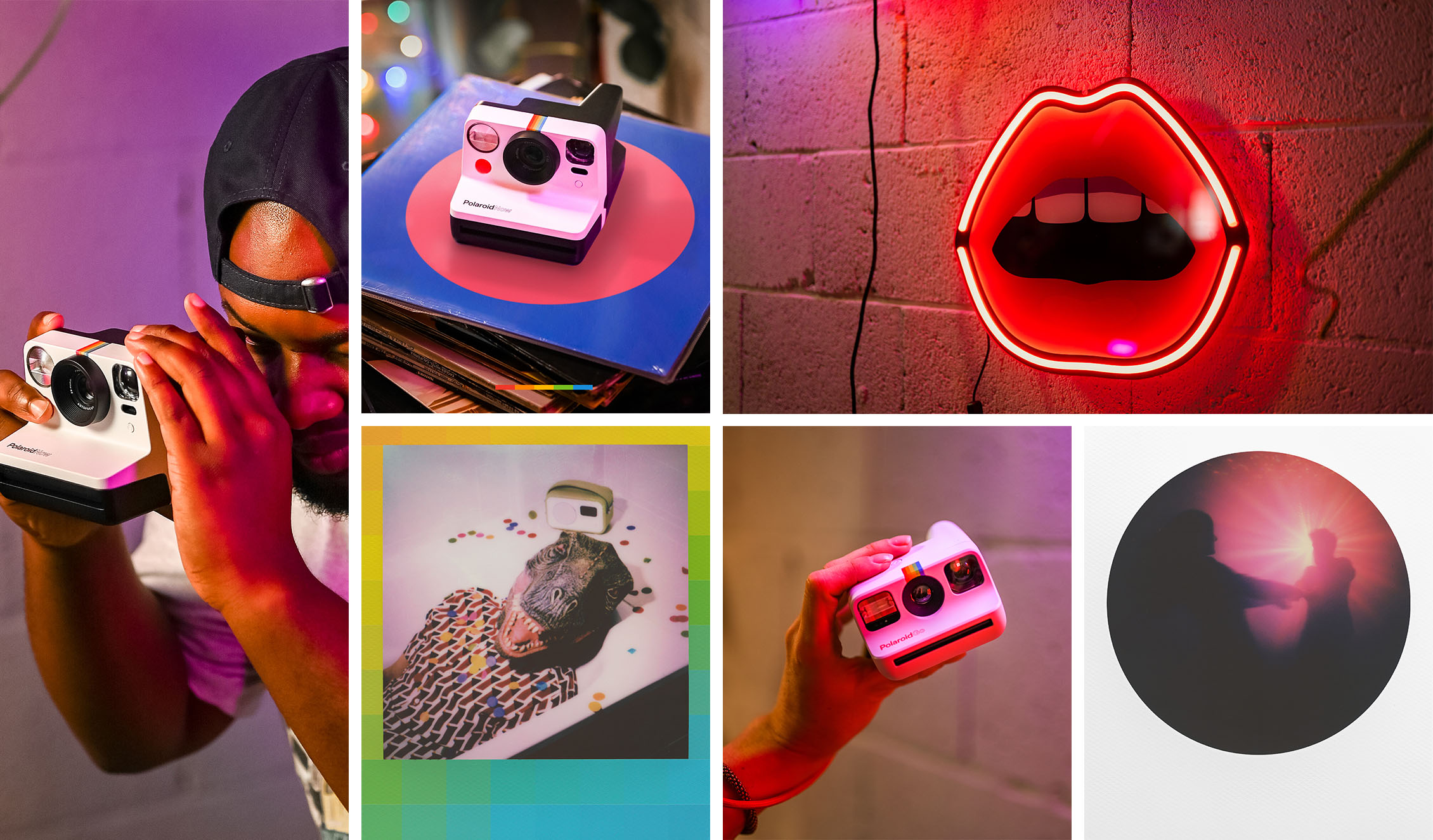 After shooting Polaroid film, a number of chemical reactions will continue to occur. This is the only copy of your photo, so do your best to take care of it. This means keeping your photos out of direct sunlight and at a normal temperature.

For long-term storage, we recommend that your photos are not compressed or sealed (in a photo album, for example) for the first 30 days. This will enable the photos to dry out completely and for the chemical processes to halt.

After 30 days, storing photos in an album or similar fashion is acceptable. Storing your photos in a dry, dark environment protected from UV radiation is always the best practice – if you want to frame your photos, we recommend using frames with UV protection.

We can’t reuse or recycle empty film cartridges on your behalf – sorry!